The Beautiful American, a review & excerpt 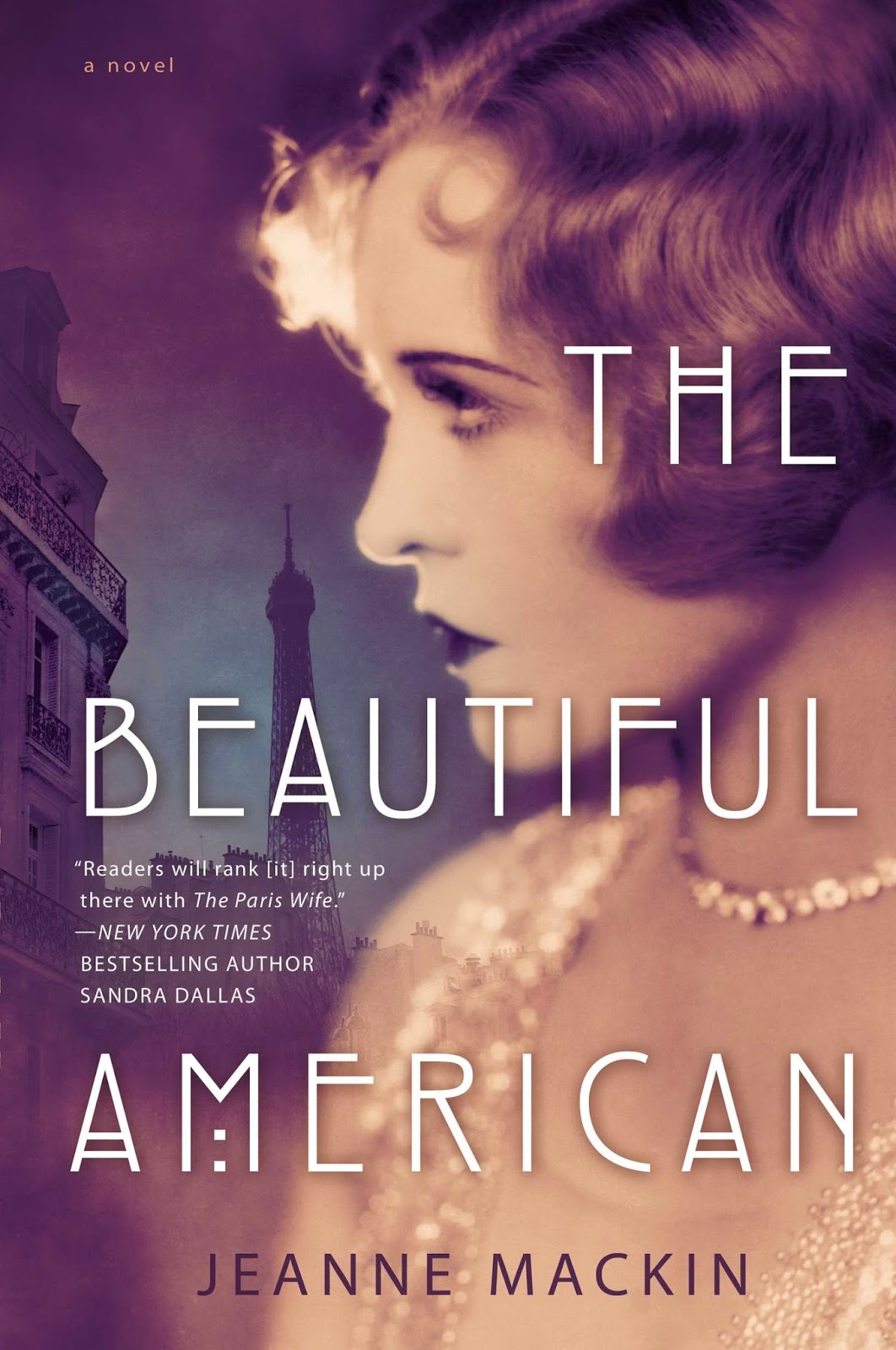 This newest novel from Jeanne Mackin is a breathtaking look at art and politics in the years leading up to World War II. Based on the life of the beautiful Lee Miller, the model turned photographer,  it follows the friendship between Lee and Nora, a childhood friend who meets up with her again in the dizzying Paris of the 30's and 40's.  Lee lived bravely, even recklessly, matching  the wild surrealists in their search for art and pleasure and eventually making the leap from mistress and model to artist in her own right.  Lee Miller photographed battles and, at the closing of the war, the liberation of the concentration camps. The novel is beautifully written, carefully researched, a can't-put-it-down-read.


IN THE  ORNATE doorway of Harrods perfume hall people rushed past me as I stood, frozen.
A radio played somewhere, Churchill's voice rising over the crowd, commending the English again for surviving the storm-beaten voyage.  The war was over, we were picking up the pieces and carefully, slowly putting our lives back together. But my daughter was lost. The grief struck me anew and I was  immobile in a doorway, unable to go forwards or backwards, unmoored by grief.
A summer afternoon long ago Jamie and I went to to swim and make love, and there had been a boat, abandoned by rich summer people who didn't know how to tie a knot, and the boat had bobbed in the waves, turning this way and that as a storm stalked over the lake.  I was that boat.
"Move on!"  the doorman shouted at me, but my legs wouldn't work. I was exhausted.  When I walked there was a chant in my head, Dahlia is gone, Dahlia is gone, over and over, a syllable with every step, so that I hated to move. People pushed past me, some smiling in sympathy, some merely irritated. Their string shopping bags and brown-wrapped boxes jostled me; their elbows poked.
The doorman frowned.  He took me by the arm and pulled me out of that flood of people. "Look, dearie," he said. "Are you coming or going?"
"I don't know," I admitted.
His expression softened.  He was an older man with a deeply lined face, pale eyes sunk into their sockets,  and there was an authority to him that went beyond his doorman's uniform.  Probably during the war he had been an air raid warden.  He would have been too old to be a soldier.
"Well then," he said.  "Why don't you go in? That's always a good starting point.  There you go."  He turned me around, gently, and gave me a little push, back to that threshold, where I suddenly remembered I wanted to enter, to continue the search for my daughter.
I moved through the doorway, overwhelmed by the synthetic florals and citruses of the post-war perfumes. They enter the nose aggressively, fighting for attention like unruly school children. What I most remembered about my own child was how the long braid she wore down her back smelled of lavender, a single note of innocence. My lost child.
Sixteen years ago, I ran away.  And now, my daughter had, too, or at least I hoped she had, for the other possibilities were unthinkable.  But after months of searching, I hadn't found Dahlia in any of those places where a young girl might find shelter: not in the homes of friends in southern France;  not in Paris in the narrow streets of Montparnasse, the cafés and gardens and boulevards of those years with Jamie;  not in the orphanages that sheltered children whose parents had not survived.  She had left no trace.


So I had come, finally,  to , to the almost-beginning. Beginnings are like endings, never completely finished, simply receding like the horizon.   Here, in the doorway of Harrods, one rainy morning almost two decades ago, Jamie and I had agreed that we would leave England and go to Paris, and that if all went well, we would marry and begin our family.  I had told Dahlia that story,  how I had dreamed of her years before she was born.
*   *   *
JEANNE MACKIN is the author of the novels: The French Woman, The Queen's War,  Dreams of Empire, and The Sweet Bye and Bye. She has also published short fiction and creative nonfiction in journals and periodicals including American Letters and Commentary and SNReview. She was the recipient of a creative writing fellowship from the American Antiquarian Society and is an award-winning journalist. She has taught creative writing in the MFA Program at   in .


To order The Beautiful American on Amazon click here.

Link to an interview with Jeanne Mackin in the Ithaca Times