Gratefully the eyelids close
but not entirely, just in case
a dream drops by unbidden
but welcome at any hour,
like my now dead West Coast friend
who mid-beers used to call so late at night,
forgetting the three-hour difference
so both coasts were for him
“11 o’clock and all’s well!”

I’d listen just a little
then laughter began
and my ears swung wide.
We’d go like that for an hour
from Wittgenstein to Bach,
Woody Allen to college profs we’d had
till eyeballs ebbed
and ears creaked on their hinges.
Then said goodnights
and fifteen minutes later
said good night again.

And all was well, was well.

Clutching a pen
as if it could spring light
and illuminate a line,

I listen for the right
word, hoping I have
an ear to hear it.

Outside, no sound.
No passing plow,
no shovels shoveling snow.

Only the hill, waiting
to echo something
I’m expected to say,

And batteries of crows
gathering as if to challenge
questions I’ve yet to ask.

Jack Hopper is a writer, chiefly of poetry. He has been an editor for the academic publisher AMS Press and a co-founder of Cayuga Lake Books. He has published three books of poetry, most recently, Doubles: Poems 1995 - 2012. He founded and edited, Works, A Quarterly of Writing. He lives in Ithaca, NY, where he has been the Poet Laureate for Tompkins County. You can learn more about Jack on his web site: www.johnhopperauthor.com 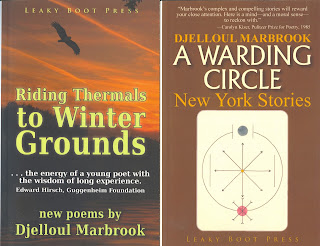