Nature is always mysterious and secret in her use of means; and art is always likest her when it is most inexplicable. That execution which is least comprehensible and which therefore defies imitation, other qualities being supposed alike, is the best.

FRANCIUM IS A METAL SO RARE we can only guess at its color. With a half-life of twenty-two minutes and a melting point so low this metal would be liquid at room temperature, it is an element of dream time. Scientists speculate that at any given moment less than thirty grams of it exist on the entire planet. It is measured in atoms, not cupfuls, and even the atoms are measured in thousands, not billions. They have to be trapped in laser beams in a magnetic field, briefly floating like snow flakes in the glow of a street light and then melting back into a great unknown. Francium is so rare that we don’t even have a use for it. We will live our lives without ever seeing this metal, without experiencing its catastrophically brief existence.

There was a boy once, like that. By accident, though there may be no such thing, we sat next to each other in a pub in , listening to revolutionary songs of a different country. I saw him from the corner of my eye, never looking straight on, his black hair and white skin, the kind of coloring you often find in people who recite from memory lines from Yeats. We drank brown foamy beer and drew codes in the sawdust floor with the toes of our boots. He was with his friends, I with mine. Yet we knew we were together. His arm slowly, inevitably curled around my waist, under my coat, where no one could see it, but I could feel it. We didn’t look at each other. We hadn’t spoken a word to each other, yet we belonged to each other. This is not a true story, you see. It is a story of unstable elements, of unknowable colors, of rare metals and all that we cannot see of existence, all that cannot be imitated. It is a story of solitude and rarity.

The door opens. A cold wind blows into the pub, and the codes in the sawdust of the floor are wiped away by the draft. We shiver and grow aware, leave behind the dream time. His arm snakes away back into its private but it leaves behind this memory of a boy and a cold night and that knowledge of rarity, of immeasurability. The memory lasts longer than the moment and that is how we know we are, and have been.

We exist in a single moment surrounded by before and after, and when the boy who is and always will be a stranger removes his arm from around the waist of the girl who is a stranger, the moment changes, before and after changes. We measure such moments by atoms of the unexpected, not cupfuls of what is known. And sometimes the atoms of the unexpected create larger memories than those cupfuls of what we know. What is the half-life of such a moment, that decades later I am still trying to measure its atoms?

JEANNE MACKIN is the author of five novels and numerous stories and essays. She is also the author of three mysteries published under the name Anna Maclean. Her novels have also been published in England and Japan. She has worked as a journalist and as a science writer at Cornell University where she received a number of national awards. She has taught writing at Ithaca College, and is presently on the MFA Creative Writing faculty at Goddard College. 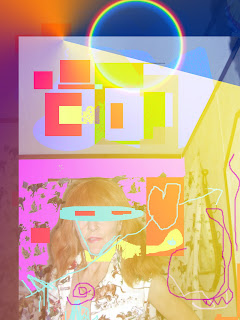 Make a plan. O.K. . . . Do many farm chores. It was 100 degree temperature with a heat index factor of 112 degrees. Mighty hot and humid, but I had many plans for this steamy, South Carolina summertime day. First I bought 40 bales of hay and grain for my horse. Then, I unloaded all of them into my barn. I was on a roll. Forget the fact that I had a back operation and an entire new hip installed after I broke mine.

I had just gotten a new rim and tire for my tractor, so I would mow the lawn. Yeah . . . it was working like a charm. Then suddenly the tractor "bites dirt." What the heck happened ?" I wondered . . . I was cockeyed. The new rim and tire was rolling away on it's own destiny. Curses! But no grass was going to grow under my feet! I got back into my truck with the wayward tire and dented new rim, and backed up my truck to head back to the tire store.

But, something jolted and slammed me abruptly forward. I had backed into a tree. I was getting a tad irritated at this point. I live alone, and had no one to vent to except for my many pets, and they thought I was just "Me being Me!" So, what to do next ? Check out the damage. The back end of my tailgate was badly dented, and I could not open the tailgate. As I was yanking it with all my might, the handle came off in my hand, and I landed hard on my butt!

So...I grabbed a sledge hammer and whack-whack-whack!!!!! It just dented my tail gate more, but it felt good at the time. I fancied that this was how Lizzy Borden felt whacking her family. This alarmed me. I'm a pacifist. What to do next ? I thought in desperation. Suddenly, it hit me. I decided to take things to the dump. Make my load in life lighter. I hurled clothes, pictures, all sorts of things I came upon I randomly, with feverish abandon, I threw it all in my truck till it was piled high, and merrily off I went to the local dump. Another thing that felt good while I was doing it. So . . . I did two more dump trips, and fleetingly thought of calling it a day. But NOOOOOOOOO not I.

Suddenly my attention hit upon my chickens in their coop. I felt sorry for them being cooped up all the time. I wanted them to be free during the day time, and safe in their kennel at night, though, their enclosure was very large and roomy for them. My first dog down here would not hurt a flea, and the baby chicks used to nestle right upon him. I knew that my next two dogs didn't have his same temperament , but I thought I could ease them into it. I mean, the chicken's enclosure was right next to the dog's kennel, they were neighbors. So, I put leashes on both my dogs, and let the rooster and two hens out of their compound.

BLAM! Both dogs lunged forward "like a speeding bullet," I fell face forward in the sand, and each dog chased the rooster and one hen into the woods. "Not a good idea," I tell myself. So I was horrified when both dogs returned with their dead prizes. I scooped up both chickens, threw them in my truck, and raced over to my neighbors who also had chickens, and they often ate them, as well as eating their eggs. I told them what had happened, and wouldn't they like to dress and eat my dead chickens ? At least I could do some gesture that would make some goodness out of my big, manic blunder. But no such luck. They would not eat them because they were bruised where my dogs bit into them."So don't eat the bruised part, give it to your dogs." I suggested.

But they wouldn't relent, and instead asked me if I was all right, because my fervent nature was concerning them. "Oh yes, I am just fine. . .but better if I could start my day all over again!!!!" So off I went with great regret, and took my chickens to the dump where my dogs would never find them. All sorts of strange things get dumped into containers -- even people. Sketchy pasts are not good to live with.

I was winding down, but not much. I have often thought that being Catholic would be a good thing -- just go to the priest after committing a sin or indiscretion, and be forgiven, and told to say a few Hail Mary's then back to the races. Not being Catholic, I went to the hospital to talk with someone . . . a safety net for myself. I know to do this. If I am "in a tizzy," chill, or do my art. That is a positive way to get centered again. When I am feeling manic, everything is a great idea, but don't act upon it!!!!!

Remember the rooster?!!!!!!!!!!! Remember that "this too shall pass?" "The best made plans can go asunder," and "I am not alone." So, when back in sorts, I drove home. I wondered what happened to my big, white hen, "Guenivere." She was unaccounted for. The dogs probably found her after I was gone. I had her the longest, and she laid a big, brown egg daily.

My dogs ran to greet me. They probably thought I had more chicken goodies. The chicken kennel door was ajar, and I saw something white high on a perch inside. Goodness gracious . . . it was my big white hen "Guenivere"!!!!!!!! A force of nature returned her to me. I didn't question it . . . I just went with it. It was a joyous note after a long, hard, emotional day. It was the "silver lining." Life could be good. I knew that I would sleep tonight.

Sasha Thurmond is a graduate of Cornell University's MFA program in Printmaking. She lives on a farm in South Carolina where she raises animals, rides her horse, makes prints and writes stories. The image accompanying this story is one of her works, which she makes using a computer program and hand drawing. She is also an avid blogger and maintains several blogs under various titles.
Posted by Sid at 5:13 PM No comments: