When I bought the house on top of the quarry my friends asked,
why do you want to live so far out of town?
Now the town has moved closer to me and my friends say,
you can walk to Wegmans from where you live.
My road has become the short-cut to the malls on Meadow
for the people driving from the southern end of Tompkins County.
All day and all night long the traffic roars up and down my hill.
My home was much quieter when I lived “so far out of town.”
And yet the deer still sleep in my back yard,
And the birds do sing at dawn,
And the lilacs bloom in the spring,
And I can see Cayuga Lake from my upstairs windows,
And the rain water flows freely over my falls,
And the speeding drivers will stop
for a parade of wild turkeys.

Water cascades mightily over the falls.
A group at the bottom stares in awe
at the power displayed by the now unfrozen liquid.
On a rare sunny winter’s day in Tompkins County,
people are wearing shorts in February.
Today is Presidents’ Day so the schools are closed.
Everyone appears to be out and about,
walking in a park that remembers
the long absent crowds that come with summer,
but is now filled with people happy to see each other
if only for one of those few bright days
that by chance slip in between winter’s gray.

The two above poems appeared in a collection of Tompkins County poems compiled by The Tompkins County Public Library in Ithaca, New York as part of their 2017 Poems in a Pocket series 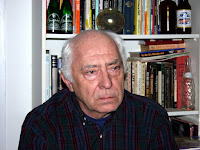 Stephen Poleskie’s writing, fiction, non-fiction and poetry has appeared in numerous journals in the USA and in Australia, Czech Republic, Germany, India, Italy, Mexico, the Philippines, and the UK; as well as in five anthologies, and been three times nominated for a Pushcart Prize.  He has published five novels and two books of short fiction. Poleskie has taught at The School of Visual Arts, NYC, the University of California/Berkeley, and Cornell University, and been a resident at the American Academy in Rome. Poleskie lives in Ithaca, NY. with his wife the novelist, Jeanne Mackin.   website: www.StephenPoleskie.com

Lament for a Lady


Verlaine Boyd is a writer who lives in New York City and Ithaca, New York. She has been published widely and can be reached at her website: verlaineboyd.com