A swallow stalls, loops from me, swims
up the light but hits glass; scratches
on a thin transparency of existence,
urgent, I pluck it off. The barn is cool,

high, beams aloft streaked in a luminous
shit, nests in joints of dried oak
on stone their dry dusts descending. I
hold it, a stilled mote - dun breast band,

twin tail spines, white flange of a beak's
rim gaping, thrusting burdening the shell
of my fist; hopeless. Helpless I cast it
out, a joy, a whole pulse into clean air

****************************************************
Simon Lapington is a major contemporary English poet. When this poem was written he was living in a stone cottage in Wales. This work was taken from the book Steve Poleskie, Artflyer published in 1989 by the John Hansard Gallery of the University of Southampton, England, on the occasion of an exhibition of Poleskie's artworks at that museum. The book, which also contains texts by Stephen Foster and Alison Lurie, was printed in a limited edition of 500. Lapington's poem also appears in his collection Legend of True Labor published by Secker and Warburg in 1987.
*******************************************
Thank you for logging on, please check back again. If you have something you would like to submit for publication you can e-mail it to me, Sidney Grayling, editor at OnagerEditions@aol.com. You can read the requirements in the sidebar on your right. 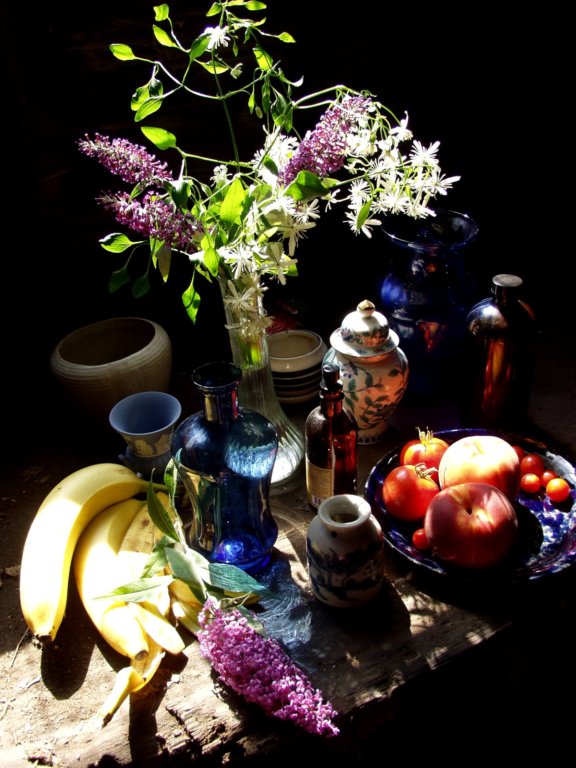 IN MY PHOTOGRAPH “WEDGWOOD” the light, rather than the subject, was the first consideration. Up until then I had been photographing my still lifes in the late afternoon, when the sun slanted very low and the shadows were long, and mysterious. Of course as the season changed from summer to fall this time became shorter and shorter. In the winter I found the light too cold for my purpose so did not photograph objects at all. Also, using only natural light in a rather cloudy place like Ithaca severely limited the number of days I could work. I found that I was unconsciously dealing with the technical problem of light and dark that Eli Siegel referred to in the thirteenth question of his essay, Is Beauty the Making One of Opposites?, “Does all art present the world as visible, luminous, going forth? –- does art, too present the world as dark, hidden, having a meaning which seems to go beyond ordinary perception? -- and is the technical problem of light and dark in painting related to the reality question of the luminous and hidden?”

Rummaging in my garage one bright, summer morning for some gardening tools, I became fascinated by the sun shinning on an old work table leaning in a corner. Why had I not seen this light before? I had lived here for thirty-nine years. The sun’s rays, passing through the glass so old that it had a wavy pattern, were warm and gentle, the “opposite” of the harsh gold light of the late afternoon I had been using. I cleared the table of its boxes of rusty nails and empty oil cans and ran to the house for some objects that were more . . . what? More colorful? More picturesque? More artful? My hands full of stuff, I shouted to my wife to, “Help me bring some things to the garage!” “What do you want?” she asked. “Whatever,” I replied.

Sometimes I will carefully place the objects I use in my still lifes. Other times, as in the photos “Cherry Stalks” and “Grater Light,” (below) I just photograph them where they have been left behind, on the table or kitchen sink, by either Jeanne or me. That day we worked the rest of the morning, using my new found light source in the garage, placing and replacing things, pots, fruit, flowers, in various relationships, until a tree threw its shadow across the window and the table went dark.

I took thirty-three photographs that morning. The files were later downloaded to my computer, where I looked at them off and on over the next few weeks. Thirty photos from that shoot were eventually deleted. Of the three pictures, I kept only one has been printed. The photo is seen exactly the way it was taken. I do not use PhotoShop to alter these images in any way. The title “Wedgwood” while perhaps having a suggestive connotation was chosen for identification purposes only. If you look closely you can see a small Wedgwood vase among the collection of objects. And while I have presented the origin of this work as coming chiefly from an activity, a response to a situation, then a spontaneous selection and placement of objects in that situation, did I perhaps intend more than that?  As Eli Siegel asks, “Does every work of art show the kinship to be found in objects and all realities? –- and at the same time the subtle and tremendous difference, the drama of otherness, that one can find among the things of the world?” 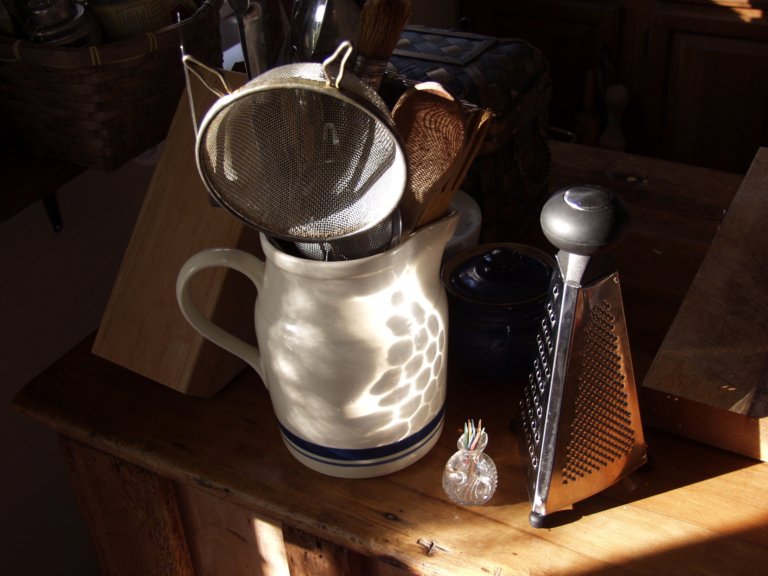 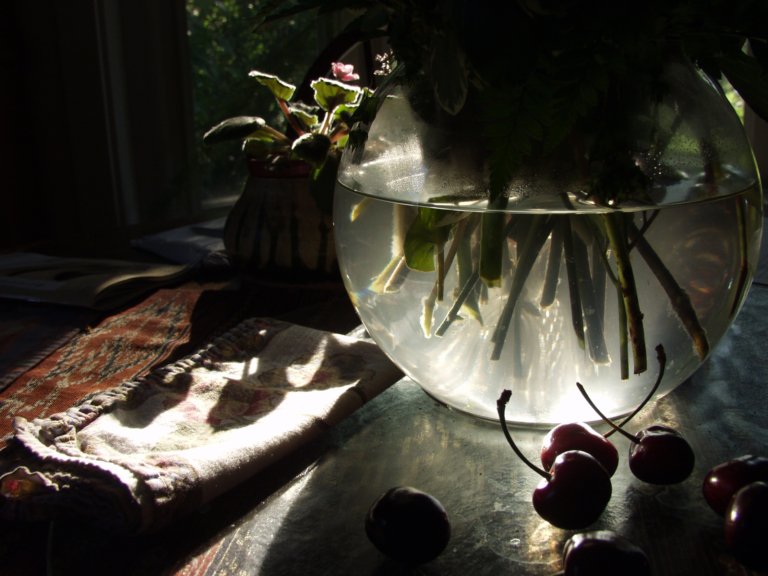 You can find out more about the Terrain Gallery by clicking on their entry in the sidebar on your left.

A short story by Steve Poleskie entitled  Fragile Things appears in the latest issue of SN Review. You can read this by going to the magazine's listing in the sidebar on your left. When the website comes up click on "Winter 2007." It is a rather sad story, but we hope you enjoy it. Steve's wife, Jeanne Mackin, also has a essay in the same issue.

Thank you for logging on. Please try us again. And click on the archives icon above for previous posts you may have missed, as only the ten latest items are ever up at one time. You can find a biography of Steve Poleskie by clicking on the Wikipedia listing in the sidebar.

Stephen (Steve) Poleskie's novel THE BALLOONIST, the story of  Thaddeus Sobieski Constantine Lowe, will be available from Frederic C. Beil, Publishers in March of 2007 You can find additional information about this book posted in previous entries of this blog and in the blog archives, and also on the publisher's web site www.beil.com.