THE LEFT HAND IS THE DREAMER 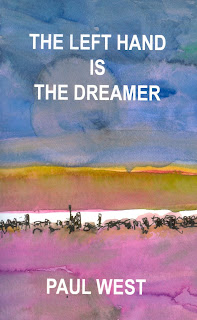 A novel by Paul West


“I FELL, CAME CRASHING DOWN. Injuring my leg, immobilizing my right arm and paralyzing my right cheek. Not so much an accident as an insult to half my body, which after a few days of elementary care turned into a full blown stroke, leaving me mumbling, unable to speak.

Look at him, Diane whispered, he’s having another stroke. One glance at my dreadful pallor sufficed—coupled with my frozen eyes and expressionless face. In what seemed like no time at all, I was flat on my back beneath a colossal lamp hearing Diane speak with the doctor about my condition.

What caused this idiot to go full tilt, stumbling catastrophically when merely crossing my living room in pursuit of a book titled Therapies? Feeling for the book’s exaggerated title? Just possibly, but I doubt it. More likely a mere instant of mental vacancy leading to unstable footing. The millisecond for all time.

To have taken the plunge from one dimension to another may seem upward gesture, a gesture of joy. But not so. For me it was rather a fatal swoon towards oblivion.”

So begins Paul West’s latest book, his fiftieth, The Left Hand is the Dreamer, the story of West’s three weeks spent recovering from a near fatal stroke at Garden Court a rehabilitation home in Palm Beach, Florida. The book is fantastically engaging, witty, and, as all West books, brilliantly written.

We camp with Paul as he struggles to regain the use of his whole right side, an arm and leg that won’t work and a mouth trapped in mumbles. What he hasn’t lost though is his keen mind and fantastic wit. In between eating, sleeping, and therapy sessions, the embattled author slowly prints out the words that became this book with his left hand. Following his progress we feel what he feels and almost want to cheer when he records something as simple getting out of bed by himself.

To quote the author Sven Birkerts: “Out on those risky ledges where language is continually fought for and renewed—that’s where Paul West breathes the thin, necessary air.”

The cover is a recent watercolor painting by West, who has managed to make almost a hundred paintings and collages, using only his left hand, since suffering his stroke.


THE LEFT HAND IS THE DREAMER 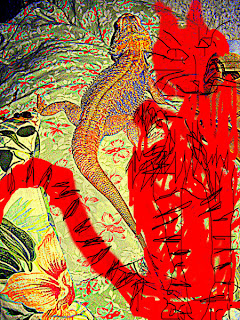