“Google’s ambitions respected no borders,” said Authors Guild president Roxana Robinson. “Millions of copyrighted books by authors from every major country were swept in to Google’s scheme. As the new filings demonstrate, not just authors but also photographers, visual artists, songwriters, and publishers around the world find it particularly galling that a wealthy American company would try to find a way to use their creations for free.”

Authors from Australia, Canada, and South Africa joined one brief, including Margaret Atwood, Thomas Keneally, J.M. Coetzee, Yann Martell, Peter Carey and Michael Frayn. In a separate filing, an array of international rights organizations warned that if this massive expansion of “fair use” is allowed to stand it turns the United States into a rogue nation, in violation of international norms of copyright.

And fifteen U.S. groups, representing textbook authors, songwriters, visual artists, illustrators and photographers, filed briefs of their own. These organizations collectively represent thousands upon thousands of individuals dependent on copyright for their livelihoods. Their conclusion sums up the strong case against Google: “One group cannot simply be allowed to take from creators and give works to the public for free with impunity. This undermines the very purpose of copyright law and ultimately of fair use.”

The Authors Guild first sued Google in 2005, citing “massive copyright infringement” in developing its Google Book Search database. The Guild filed its brief on April 11, 2014 with the U.S. Court of Appeals for the Second Circuit Court in Manhattan. 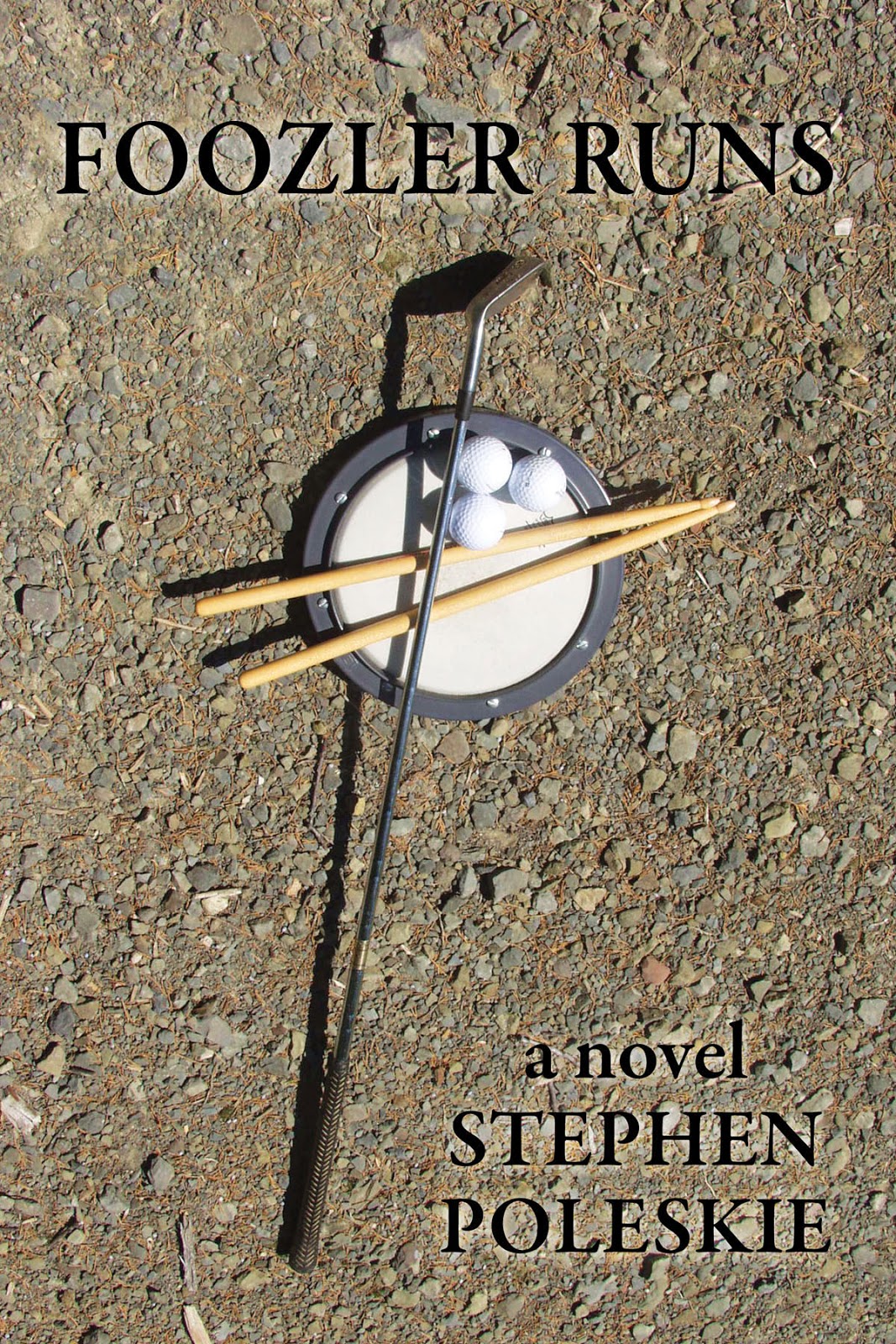 By Keri Blakinger
Reprinted from the Ithaca Times, April 2, 2014


In Stephen Poleskie’s literary world, every male protagonist is named John. The former Cornell professor’s latest release, Foozler Runs, is no exception, as it details the late-life crisis of golfer and one-hit wonder rocker, Johnny Foozler.


Told in a style vaguely reminiscent of John Irving, the book opens with Foozler reluctantly and resentfully managing the driving range his dead father bequeathed him. It is readily apparent that the main character is simply not a nice person; he’s snarky in the meanest of ways, condescending, and generally cocky. Nonetheless, as Poleskie starts to introduce us to all the unexpected things that have cropped up in Foozler’s life to bring him to his current state of discontentment, we begin to feel sorry for him. He basically spends his days caring for a golf range he detests, making fun of novice golfers, sleeping with high school flames, avoiding his wife, reminiscing about past drug use and his fleeting fame as a rock star, and hating his life.
Then, the action skips ahead a few months and we find that Foozler’s wife and mother have both died and he has sold the golf range and decided to leave town for destinations unknown. It seems like a promising start for Foozler’s reinvention of himself. Unfortunately, things don’t quite work out that way. Things get weird pretty quickly—but in a totally enjoyable way.
One thing that may stand out to feminist readers is the sexual objectification of the book’s female characters. Early on, it becomes apparent that the female characters exist primarily to have sex with Johnny. In the first couple chapters I feared that the book would turn into Fifty Shades of Foozler, but fortunately there is more depth to the book than that. Nonetheless, I was curious about the proclivity of the female characters for promptly throwing themselves at the protagonist almost immediately upon meeting him. When I asked him about it, Poleski said that the sexual objectification is not restricted to female characters in the book because the protagonist is, at times, little more than a sex object. He added, “Poor Johnny isn’t much more than a piston himself.”
Outside of the main character’s active sex life, the book deals with themes of aging and regret. Poleski explained, “The main theme is basically that sons want to destroy their fathers. [Foozler’s] father was a very successful golfer, but he didn’t want to do what his father was doing and the sadness becomes that he fails—kind of—as a rock star and then he ends up at the driving range, and he’s become what his father was.”
While some authors pour themselves into their protagonists, Poleskie said, “I have nothing in common with him, but I do kind of feel sorry for him.” He added, “I do have in common that in my life I too have tried many things that I have been successful at and then abandoned them and gone into something else.”
Although Foozler Runs was released just a year after his previous book, Poleskie says that he actually started the narrative 12 years ago. Then, one day when he was going through boxes in his garage, “I brought out this collection of short stories and I said, ‘Oh my god this story is the beginning of Foozler.’”
Foozler Runs is Poleskie’s sixth novel, although he has also written one novella and countless short stories. His first book, The Balloonist, was published by a traditional publisher, but after that work Poleskie chose to begin self-publishing. He explained, “I published one novel with a publisher and that took me five years to get it out. When you’re 76 you just can’t wait that long. You just kind of run out of time for doing things.”
Now, he self-publishes through a small publishing house that he runs with editor Sidney Grayling, called Onager Editions. One meaning of the word “onager,” he explained, is an ancient catapult used in warfare. It’s from that meaning of the word that the publishing house derived its name, “Because we’re a little kick-ass publisher that knocks down the walls of the establishment.”
Although he doesn’t do much marketing or publicity, Poleskie will be reading at Buffalo Street Books on May 3 as part of the store’s Spring Writes event. •