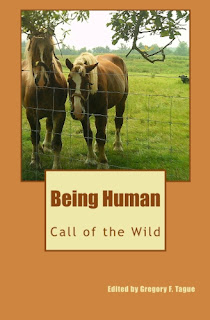 
Twelve authors and fifteen stories on the nature of being human and the human character in both the natural environment and human-made world constitute this stimulating book. The stories are engaging, memorable, contemplative, and even humorous. While we have constructed, over thousands of years, a vast cathedral of scintillating, rational humanity, we can be primal and shadowy with visceral emotions – and so this collection admirably demonstrates. There are many difficult questions posed in the book. Why do we kill certain creatures while nurturing others? When do we draw the line between protecting our property and letting other creatures live and thrive? What drives people to kill others to protect their land? Many of these stories explore the lines cast under the surface of creation, characters looking for a nibble of understanding to make better sense of their place in an evolving world.

Available at bookstores or online

Wisława Szymborska died on 1 February 2012 in Poland. She was one of Poland's greatest poets and won the Nobel Prize for Poetry in 1996. Showing great strength in times of trouble, she survived the Nazis and the Communists and lived to tell about it with clarity, honesty, humor, and charm. She will be remembered.


Here is one of her poems as a tribute.


ON DEATH, WITHOUT EXAGGERATION

It can't take a joke,
find a star, make a bridge.
It knows nothing about weaving, mining, farming,
building ships, or baking cakes.

In our planning for tomorrow,
it has the final word,
which is always beside the point.

It can't even get the things done
that are part of its trade:
dig a grave,
make a coffin,
clean up after itself.

Preoccupied with killing,
it does the job awkwardly,
without system or skill.
As though each of us were its first kill.

Oh, it has its triumphs,
but look at its countless defeats,
missed blows,
and repeat attempts!

Sometimes it isn't strong enough
to swat a fly from the air.
Many are the caterpillars
that have outcrawled it.

All those bulbs, pods,
tentacles, fins, tracheae,
nuptial plumage, and winter fur
show that it has fallen behind
with its halfhearted work.

Ill will won't help
and even our lending a hand with wars and coups d'etat
is so far not enough.

Whoever claims that it's omnipotent
is himself living proof
that it's not.

There's no life
that couldn't be immortal
if only for a moment.

Death
always arrives by that very moment too late.

In vain it tugs at the knob
of the invisible door.
As far as you've come
can't be undone.


Below is a link to an interview conducted by John Guzlowski with Michal Rusinek, a poet and translator, who served as Ms. Szymborska's secretary. Although it only speaks briefly about Ms. Szymborska the interview offers insight in to her personality.