Ithaca NY, a Writer's Town and Our Hometown

ONAGER EDITIONS IS LOCATED IN ITHACA, NY, a town that is presently the home to many well-known writers. There have also been a considerable number of famous writers who lived there in the past. A recent article in Ploughshares magazine web site by Sarah Catteral gives an idea of what it is like to live in Ithaca today. We have posted the beginning of the article. You can read the rest by going to the link below.

ITHACA IS A SMALL CITY in the Finger Lakes region of upstate New York. It sits at the southern end of Cayuga Lake, surrounded by state parks, smaller towns, farms, and wineries. Like most other college towns it’s a little island of economic stability with liberal politics, an active cultural scene, and bartenders with PhDs. A single storm can drop three feet of snow in January or April, and that scares some people away, but outside of the mud seasons in late fall and early spring, it is beautiful here.

Ithacans love books. Used book stores proliferate, and on a weekday morning at the public library there’s often a line at the circulation desk. When our independent bookstore announced it would have to close in February 2011, over 600 individuals bought shares to resurrect it as a successful community-owned cooperative.

Throngs of writers live in and around Ithaca, and two of the New York Times 10 Best Books of 2011 were by current residents Eleanor Henderson and Téa Obreht.

Ithaca and its campuses appear in many works by writers listed and not listed above. Their characters drink in our bars, renovate houses, have affairs with graduate students, and fall to their deaths in the gorges. Diane Ackerman’s recent Cultivating Delight provides a literary naturalist’s view of her Ithaca garden through the seasons. Vladimir Nabokov taught literature at Cornell for fourteen years and lived in ten different homes around town. Lolita, Pnin, and Pale Fire are all partially set here. 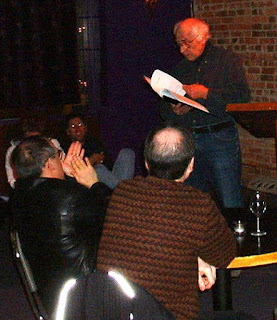